To get the best percentile in GMAT verbal, it’s crucial to score well in the Critical Reasoning section.

Here are some inherent pitfalls to avoid:

NOT READING THE ARGUMENT BUT SKIMMING.

Unwittingly, Some test takers skim the paragraph given rather than comprehend the argument thoroughly. Every argument in the Critical Reasoning section must have been edited several times to be condensed. Each word seen in the argument is purposefully retained. Being oblivious to even a single word in the argument can, at times, distorts the purpose of the passage written. So, read to comprehend. Through effective elimination strategies, one can reduce the extra time spent on option choices, without having to compromise on the diligence required to understand the argument perfectly.

NOT UNDERSTANDING THE QUESTION REQUIREMENT!

Wading through the option choices, without understanding the question’s expectation, is quite futile. Hence, it’s important to holistically understand the objective and the expectations of the question in context, rather than pay attention to mere keywords. Some keywords can be tricky. For instance,” Support” is the word that can be seen in both strengthen and Inference questions.

PREDICTING “WHAT IS THE RIGHT ANSWER”, RATHER THAN ”HOW SHOULD IT BE”.

FALLING PREY TO AN APPEALING OPTION RATHER THAN CHOOSING THE BEST THROUGH ELIMINATION.

The correct answer for a Critical Reasoning question is the best among the five option choices given: there can be a good answer, a better one, and, of course, the best one. Unless one master elimination process, it’s difficult to make out the difference between a good and the best option in high difficulty questions. Thus, it’s more beneficial to try to understand the strategies applied in forming the wrong option choices to distinguish common patterns among traps, and choose the right answer rather than let your instincts rule the game.

among the top schools internationally. Our corporate office ,Dexterous review, 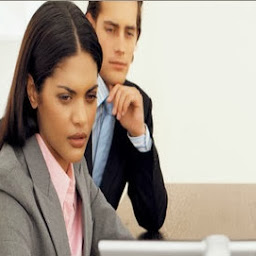 shardul pandey
Verified
Being a re-taker of GMAT,I feel a lot of difference between self paced learning and instructor driven well organised course at CrackISB. One can be much committed towards learning.

abhi aries
Verified
Got an admission confirmation yesterday for the class of PGP 2022 from ISB.Though I finished my GMAT with crackISB  a couple of  years back, they've supported me for the essays and helped me secure the admission. Thanks to the team for inspiring me through out !

Padmaja Ladies Tailoring & Embroidery Works
Verified
They are good people. They refunded all amount back to us. As per thier terms and conditions. Thanks to us. Sorry, for the inconvenience caused by us.

sambasiva rao
Verified
The best part is that you can always relisten to the live class attended as they share a link after the class, that helped me a lot as I normally cant digest at one go.

Akshara sonar
Verified
located at Pune,I wouldn't have come across such a good live program for GMAT by ISB ex students ,hadn't there been a lockdown as I always preferred offline learning.Its on par with my expectations

Arnav gosala
Verified
Getting up at 6.30 am in the morning to join a live class four days a week hasn't been so exiting ever.finished half of the modules so far..loving the continuity in learning.

Rhea Chakravarthy
Verified
Online classes are very impressive,considering the live mode they deliver rather than recorded ones we see everywhere.good.
Copyright © 2021 CrackISB All Rights Reserved.